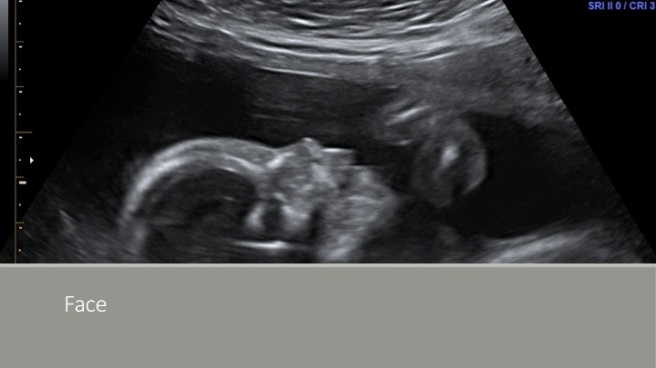 I was recently checking audited hospital files from one of my research trials and noticed the majority of  women had been prescribed an antibiotic in pregnancy. The commonest indication was for prophylaxis against wound infection in women about to have a caesarean section. The second commonest indication was to prevent neonatal group B streptococcal infection in women with vaginal colonisation.

However, many other women had been prescribed antibiotics for urinary tract, vaginal and respiratory infections.

Yet the audit demonstrated that many of the mid stream urine samples and vaginal swabs collected from these women were ultimately normal. The respiratory infections documented in the notes were almost universally viral, and not bacterial.

It seems antibiotics in pregnancy are being overprescribed.

Overprescription of antibiotics in pregnancy

No drug or medication should be taken in pregnancy unless benefit outweighs the risk of harm.

A course of antibiotics prescribed for a viral chest infection or for urinary symptoms when no infection is present, is not harmless. Many patients and obstetric clinical staff mistakenly think it is “safer” to use antibiotics when in doubt.

However, there is a risk of real harm from the overprescription of antibiotics – harm to the mother, baby, and wider community.

Harm to the mother

In pregnancy, the flora of vagina stabilises (1). This stabilisation is associated with improved outcomes in pregnancy.

The use of antibiotics disrupts normal vaginal flora. This is because beneficial bacteria die and this creates an opportunity for pathogenic bacteria to colonise and infect the vagina.  The presence of pathogenic vaginal bacteria in pregnancy has  been linked to many adverse outcomes including preterm birth and fetal death in utero (2,3,4,5).

Colonisation by pathogenic bacteria is not the only risk. Other micro-organisms, such as fungi, can colonise or infect the vagina following a course of antibiotics. One commonly observed complication is post antibiotic vaginal Candidal infection. This can cause symptoms of itch, soreness and vaginal discharge.

Harm to the baby

However, pathogenic bacteria in the maternal genital tract can be directly transmitted to the baby, causing serious newborn infection.

Harm to the community

The biggest harm arising from the overprescription of antibiotics comes from the development of resistance.

The Clinical Senate of Western Australia recently hosted a policy debate to develop recommendations to prevent the development and transmission of “Superbugs”. These are bacteria that are resistant to many antibiotics (6).

The World Health Organisation’s 2014 report on global surveillance of antimicrobial resistance reported that antibiotic resistance is no longer a prediction for the future; it is a reality. This year, several bacteria have been identified that are resistant to every known antibiotic.

This is a ticking time bomb for humanity.

Without urgent, coordinated action, the world is heading towards a post-antibiotic era in which common infections and minor injuries, which have been treatable for decades, can once again kill.

Impact of infections and antibiotic resistance

According to the National Health and Medical Research Council (NMHRC) and Australian Commission on Safety and Quality in Healthcare (NSQHS), infection is the most common complication affecting hospital patients, affecting 200,000 patients per year (7). At least half of healthcare associated infections are preventable. Successful infection control to minimise the risk of transmission requires a range of strategies across all levels of the healthcare system and a collaborative approach for successful implementation.

Excess length of stay due to a surgical site infection is between 3.5 and 23 hospital bed days, depending on the type of infection. The total national number of bed days due to surgical site infections for a one year period was estimated to be 206,527 bed days (8). If there was optimal use of antimicrobials and containment of antimicrobial resistance, $300 million of the Australian national healthcare budget could be redirected to more effective use every year (9).

Dr Armstrong stated the pressure on bacteria to develop resistance occurred in both hospitals (especially large tertiary hospitals) where the sickest patients are cared for and where the need for powerful antibiotics is greatest, and in the community.

Antibiotic resistance organisms are, to some extent, a natural process. However, overuse and misuse of antibiotics accelerates the emergence of drug-resistant strains, so that a drug that was previously effective to treat a particular microorganism is rendered ineffective.

Dr Armstrong told the Clinical Senate of Western Australia that the USA Centers for Disease Control and Prevention (CDC) estimated that $20 billion in direct costs was associated with antimicrobial resistance each year.

There is a direct cost on the health system due to increased costs of antibiotics, special equipment, prolonged length of stay, increased staff time and tying up of resources.

Some bacteria now had no antibiotics effective against them.

There are three major sources of Superbugs.

The first is  environmental contamination with antibiotics. This is is a particular problem in developing countries that manufacture pharmaceuticals and where the use of antibiotics in agriculture is not adequately regulated. In some regions, environmental contamination is strong high, multi resistance organisms have been found in the water supply.

The second key driver is unnecessary prescribing of antibiotics. This is a severe problem in the developing world where people are able to access and purchase antibiotics over the counter. However, developed countries also carry some of the blame. It has been estimated that nearly ¾ of all antibiotics in clinical medicine in Australia may have been inappropriately prescribed. This overprescription arises jointly from pressure from patients who overestimate the benefits of antibiotics and also from clinicians who underestimate their harm.

Globalisation was is a third important factor in the emergence and spread of Superbugs. Food imported from countries with higher resistance levels create risk. International travel and medical tourism also drive risk.  Individuals who travel overseas to areas of high antibiotic environmental contamination return to Australia  with infections that are resistant to antibiotics.

What are the solutions to combat Superbugs?

The WA Clinical Senate came up with some solutions to slow the spread of Superbugs. If you are interested in reading the full report and recommendations click here.

However, the two principles are

(a) Prevent antimicrobial resistance from developing in the first place; and

(b) Determine how to manage MROs or Superbugs when they arise.

Strategies for prevention include

At the end of the day, it is  timely to recall the message of the World Health Organization

“Preserve the miracle of antibiotics – “No action today, no cure tomorrow”.